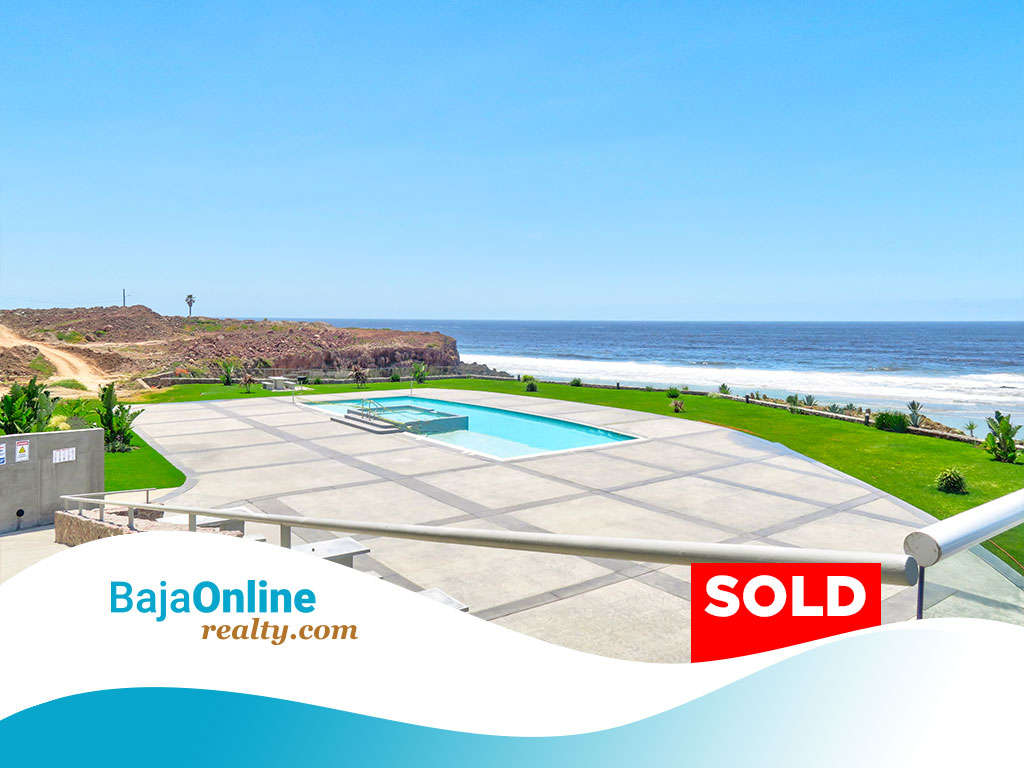 This luxurious oceanfront Condominium features 2 Bedrooms, 2 Bathrooms and approximately 1,613 sq. ft. of living space plus approximately 332 sq. ft. of a balcony. This unit is going to be located in DECASA’s newest development ….“La Jolla Excellence”.

La Jolla Excellence is located only twenty-four miles south of the border directly on the beach. It will be beautifully landscaped and will include an impressive list of modern amenities.

This Development will be the 6th project by the Mexican developer, Desarrolladora de Las Californias, S.A. (a.k.a. DECASA). DECASA is known for their recent projects; “La Jolla Del Mar” and “La Jolla Real”. La Jolla Excellence will be an extension of these developments and will be located on the land immediately north of La Jolla Real. Construction is planned to start this year (2015) and will be built over the course of 4 phases.

All utilities are going to be underground and the units will have city water, sewer and electricity. The overall design of the project is contemporary and both the villas and the condo towers will follow the same design guidelines. The interior finishes will borrow heavily from the “modern style” at La Jolla Real. Some finished units at La Jolla Real will serve as “models” for this project.

A complete list of amenities is yet to be announced. The list we have so far is the following:

All of this is, of course, located oceanfront with access to the sandy beach which is completely private.

La Jolla Excellence will have access to two beaches which are sandy year round. The beach area that’s in front of La Jolla del Mar and Real is secured by guard posts located on the south, middle and north side along both developments, and it’s lit at night. The second beach is naturally enclosed by a cove on both sides, which makes this beach completely private. Access to this beach will be located within the common grounds at La Jolla Excellence.

La Jolla Excellence will be a 24 hour/7 day a week gated and guarded community. They will have guards at the entrance as well as guards that patrol the facility. Like La Jolla del Mar and Real, only residents and guests will be permitted inside the development. All guests will be required to register with the guards before entering the development. Owners will have to notify the guards if they plan on having guests.

The homeowners’ association fees will be based on the square footage of each particular unit but the fees have not been determined yet. At La Jolla del Mar and Real the current HOA fees for two-bedroom units are about $160 USD per month and for three bedroom units about $240 USD per month, so we expect the cost to be within that range.

Reserve Now and get the Best Location!